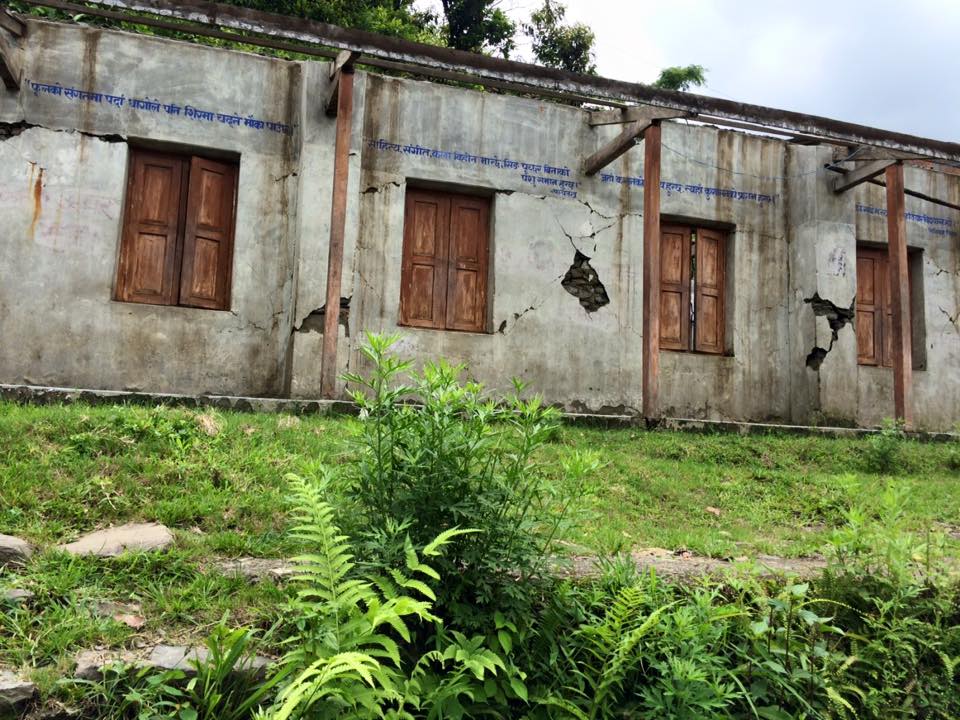 Initially, we had planned to educate and nurture five kids from earthquake disaster areas.
However, since the government banned kids’ movement outside their districts, we have
keep our initial plan pending until the government loosens the ban.

As our short term relief project, we are going to build a new temporary school building.
After the initial research that was conducted last week, we have decided to go ahead
with this project.
Project Name: Temporary School Building Project
Project Manager: Jharna RAI
School Name: Pachok Secondary School
Classrooms we plan to build: Five
Current Number of students: 350
Place: Lamjung District (about 200 km west of Kathmandu)
Project start date: 24th July
Why Lamjung?
We chose Lamjung because it is comparatively far and remote, which is why the village
has merely received any relief aid.

Its remoteness definitely poses a big challenge in carrying out the project, however,
with the kind and warm support of the villagers, we will make this project a success.